Samrakshan is a program of Indian Radiological and Imaging Association (IRIA) that aims to reach every pregnant woman in India in order to reduce avoidable deaths of babies during pregnancy. Samrakshan, led by Dr Rijo Mathew Choorakuttil, has initiated training programs for radiologists, a data collection, documentation and evidence based analysis to share results of the program, and a multilingual health education series for pregnant women and families. Samrakshan is now starting a series on medical history with a specific focus on fetal radiology, childbirth, scientific evolution and scientific methods.

In the current times, Samrakshan feels it very appropriate to start with a Doctor who worked in child birth, used scientific methods, and brought about an impact in society by pioneering the use of hand wash as a technique to reduce disease transmission. Samrakshan presents a brief exploration of the learning from the work of Dr Ignaz Philipp Semmelweiss.

Dr. Semmelweiss was a Hungarian physician and scientist who lived in the 19th century. He is commonly recognized as one of the early pioneers of antiseptic procedures. Dr. Semmelweiss is best known for his work in peurperal fever or “childbed fever” (a fever that occurred in women during or immediately after childbirth and led to a lot of deaths among mothers), his discovery of a cause, implementation of a solution and evaluation of the results after implementation.

Puerperal fever was common in mid-19th-century hospitals and often ended in the death of the mother. Dr. Semmelweis was appointed assistant in the First Obstetrical Clinic of the Vienna General Hospital in 1846.  His duties were to examine patients each morning in preparation for the professor’s rounds, supervise difficult deliveries, teach students of obstetrics and be “clerk” of records. There were two maternity clinics at the Viennese hospital. The First Clinic had an average maternal mortality rate of about 10% due to puerperal fever. The Second Clinic’s rate was considerably lower, averaging less than 4%. Dr. Semmelweis was severely troubled that his First Clinic had a much higher mortality rate due to puerperal fever than the Second Clinic. In fact, the mortality rate at the First Clinic was higher than even women who gave birth outside the hospital.

Working on the problem

Dr. Semmelweis decided to look at possible reasons that could explain the differences between the two clinics. The two clinics used almost the same techniques, and Dr. Semmelweis started eliminating all possible differences, including even religious practices. The only major difference between the two centers was the individuals who worked there. The First Clinic was the teaching service for medical students, while the Second Clinic had been selected in 1841 for the instruction of midwives only. The First Clinic, thus had the better medical expertise, but mortality was higher there.

Could overcrowding be the reason? Maybe more women attended the First Clinic because of the availability of better medical experts. That may have led to more deaths in the First Clinic. He excluded “overcrowding” as a cause, since the Second Clinic was always more crowded and yet the mortality was lower. He eliminated climate as a cause because the climate was the same. Almost all factors were similar for the two centers except for the people working at the two centers.

He got a breakthrough in 1847, following the death of his good friend Dr. Jakob Kolletschka, who had been accidentally poked with a student’s scalpel while performing a post mortem examination.  Dr. Kolletschka’s own autopsy showed a pathology similar to that of the women who were dying from puerperal fever. Semmelweis immediately observed and proposed a connection between cadaveric contamination and puerperal fever. Medical autopsies were done only by the medical doctors and students. The midwives did not perform autopsies. Dr. Semmelweis proposed that he and the medical students were most probably carrying “cadaverous particles” on their hands from the autopsy room to the patients they examined in the First Obstetrical Clinic. This could explain why the student midwives in the Second Clinic, who were not engaged in autopsies and had no contact with corpses, saw a much lower mortality rate.

Dr. Semmelweis decided that whatever was causing the puerperal fever was being transmitted through the hands of the doctors and medical students. He instituted a policy of using a solution of chlorinated lime (calcium hypochlorite) for washing hands between autopsy work and the examination of patients. He did this because he found that this chlorinated solution worked best to remove the putrid smell of infected autopsy tissue, and thus perhaps it would destroy the causal “poisonous” or contaminating “cadaveric” agent hypothetically being transmitted by this material.

The result was the mortality rate in the First Clinic declined 90%, and was then comparable to that in the Second Clinic. The mortality rate in April 1847 was 18.3%. After hand washing was instituted in mid-May, the rates in June were 2.2%, July 1.2%, August 1.9% and, for the first time since the introduction of anatomical orientation through autopsies, the death rate was zero in two months in the year following this discovery.

During 1848, Semmelweis widened the scope of his washing protocol, to include all instruments coming in contact with patients in labour, and used mortality rates time series to document his success in virtually eliminating puerperal fever from the hospital ward

Reaction to the results

The reaction to the results has several layers of complexity.

Why did this hypothesis not receive the acceptance it deserved?

Losing the message over the messenger

Where was the message lost?

Further proof or Validation of his results

Learning from the work of Dr. Semmelweis

Some questions to reflect on. 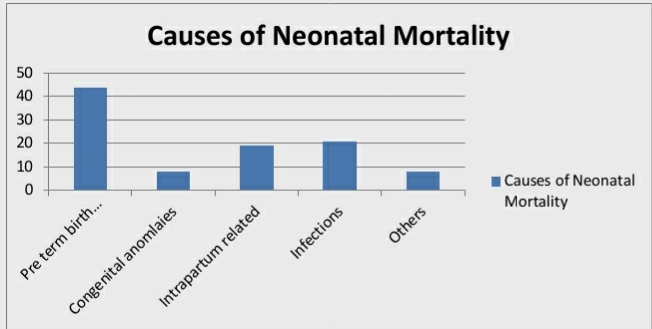